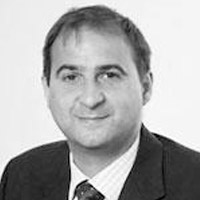 My career within the accountancy profession has spanned over 30 years and in that time I have witnessed many changes and innovations. However, the one thing that never changes is the will to win that all successful entrepreneurs and business owners have.

I view my role as a trusted advisor to business owners helping and guiding them to implement successful financial strategies that yield maximum return.

I am a fellow of The Chartered Association of Certified Accountants and am a registered auditor.

At Sterling Grove Accountants I work with the audit and accounts team looking after a portfolio of business clients.

Favourite line from a film?
Take your stinking paws off me, you damn dirty ape! – Charlton Heston in ‘Planet of the Apes’

All-time favourite song?
If you don’t know me by now – Simply Red.

Favourite London landmark?
Windsor Castle (not quite London, but close enough, if you have not been you must go!).

Who past or present in the public eye would you most like to meet?
Sir Isaac Newton – the man who created the ‘Fundamental Theorem of Calculus’ – pure genius.

What did you want to be when you were young?
An Arsenal footballer! – Obviously

What item could you not live without?
I’m with Nigella Lawson on this one. She carries a pot of Coleman’s English Mustard in her handbag.